Browse all news or search by category

It is with great sadness that we announce the passing of our respected friend and colleague, Dr. Lindsay Lawson on June 9, 2022. She was 76. 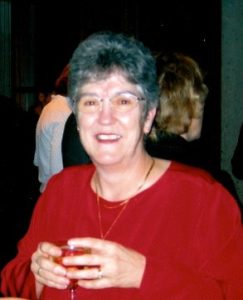 Dr. Lawson grew up in Victoria and earned her Bachelor’s Degree in Zoology at the University of Victoria before obtaining her medical degree from McGill University in 1974.  She completed her Internal Medicine residency at St. Paul’s Hospital, University of British Columbia in 1979, did a two-year Post-Doctoral Research Fellowship in the Pulmonary Research Laboratory at St. Paul’s Hospital and then completed a one-year Clinical Fellowship in Respiratory Medicine at the University of British Columbia in 1982.  Lindsay was first appointed as a Clinical Instructor in 1982, promoted to Clinical Assistant Professor in 1984, Clinical Associate Professor in 1989 and to Clinical Professor in 1997.

She made huge contributions to the care of patients who had respiratory complications from HIV/AIDS during the 1980’s and 1990’s and was one of the early physicians who provided exemplary direct patient care. She worked closely with other colleagues who comprised the AIDS Care Team at St. Paul’s Hospital and contributed to the research on the treatment and prevention of PJP as well as other clinical trials in collaboration with the BC Centre for Excellence HIV/AIDS. She also had a special interest in asthma and was highly regarded by her peers as a master clinician. She deeply cared about her patients and there are many testimonials of the impact she has on patients and their families. In addition to running a very busy general respiratory medicine practice, Lindsay also served as Medical Director of the Short Stay Unit for sixteen years (1994 – 2010).   She was actively involved in several BCMA committees, including the Editorial Board of the BCMJ, and served as an Examiner for the Royal College of Physicians and Surgeons of Canada in Respiratory Medicine.

Lindsay was one of the outstanding teachers in the Department of Medicine, Providence Health Care.  She always actively participated in the teaching activities of her division and her teaching was extremely well received by medical students and residents both at St. Paul’s and UBC.  She was the recipient of a number of awards for teaching excellence including the Fay Dirks award for excellence in clinical teaching from the UBC Faculty of Medicine in 2002-2003 and the Excellence in Clinical Skills Teaching Award in 2003.  In addition, Lindsay served as a member of the Divisional Residency Training Committee for numerous years. 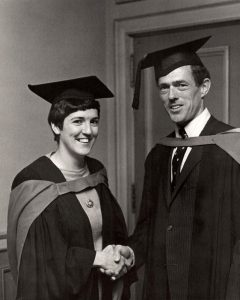 Lindsay will be remembered as generous colleague and was among the few women in the Department of Medicine at St. Paul’s Hospital when she started. She was incredibly proud of her family and readily shared her life of balancing her busy career with her family. She retired from practice at St. Paul’s Hospital and UBC in 2010 to return to Victoria and enjoy her retirement with her husband and family.

We are deeply saddened by her passing and our heartfelt condolences go out to Dr. Lawson’s family.